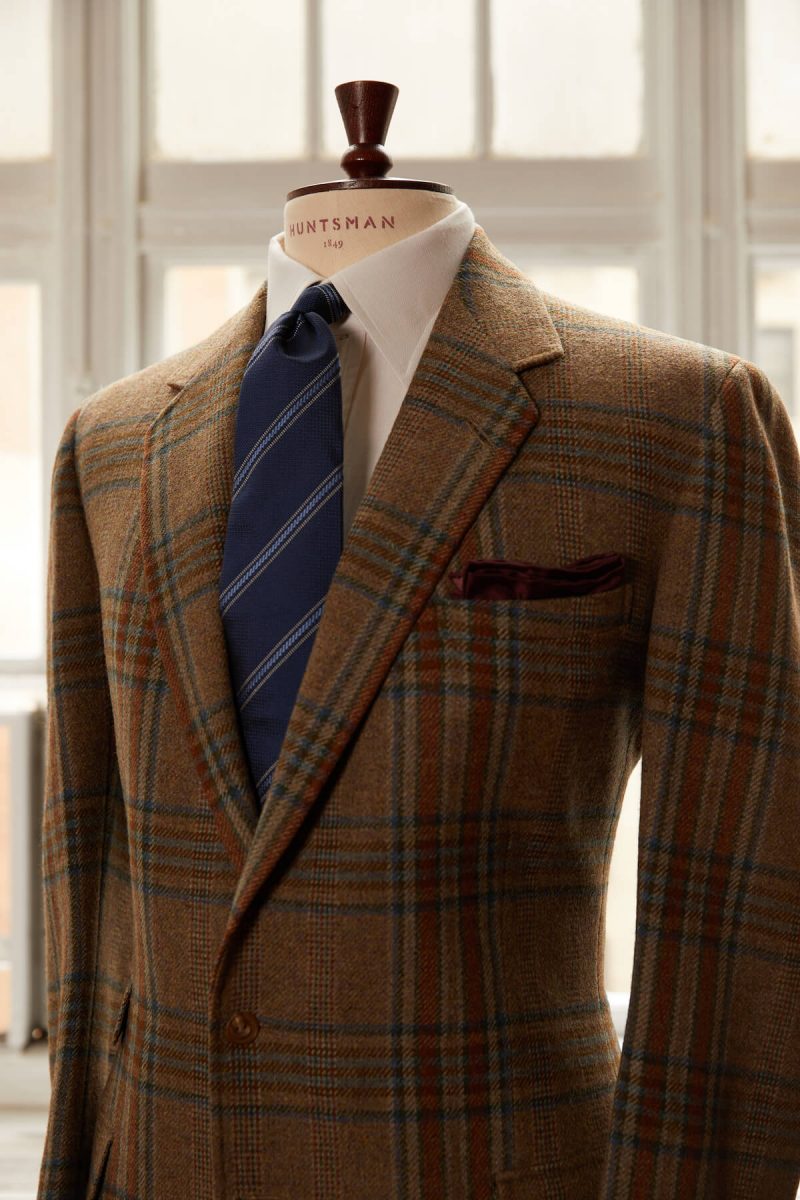 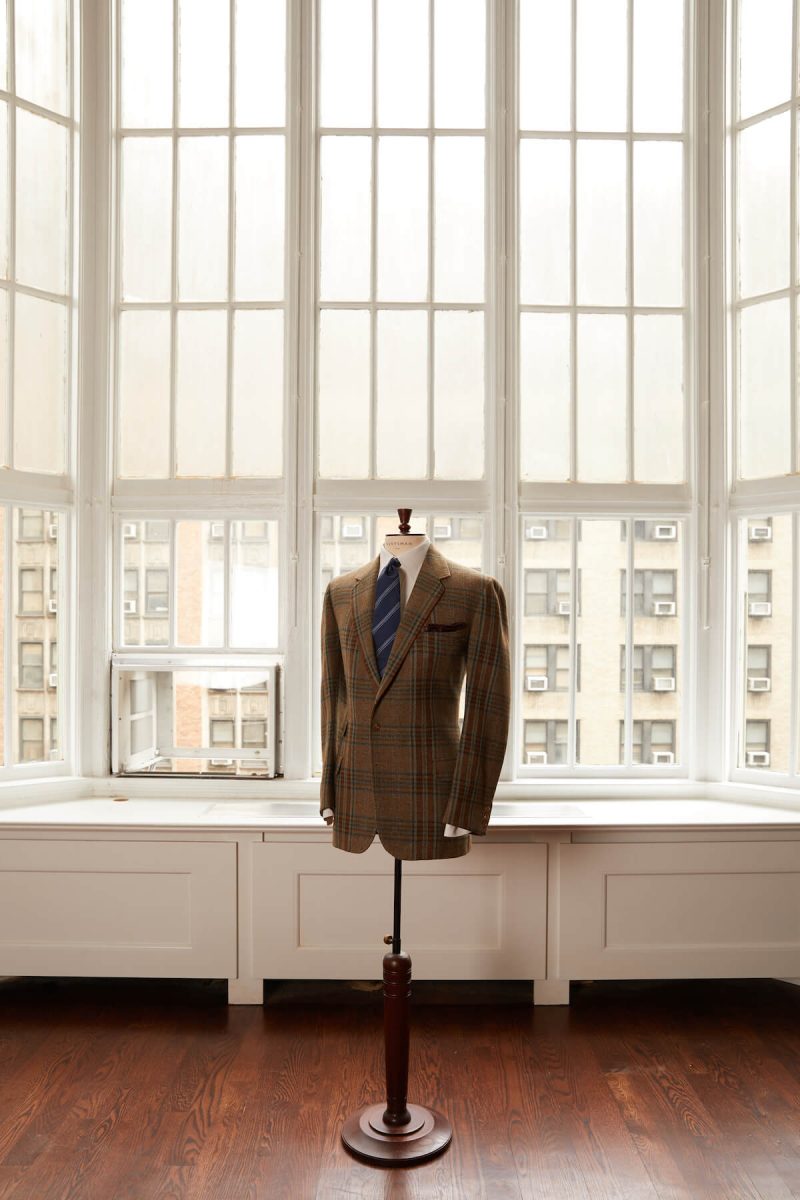 Gregory Peck was one of Hollywood’s greatest and most debonair film stars with a career that spanned over 60 years. His patronage of Huntsman commenced in 1953 and was to last for five decades.

Huntsman’s team of cutters and tailors produced over 160 orders for the star including the dinner suit he wore to collect his Oscar from Sophia Loren in 1963, as well as the suits he wore to the White House, Royal Ascot, Monte Carlo and for his private life in California and the South of France.

Huntsman also cut the costumes for many of Peck’s films, from the Million Pound Note, through to the Man in the Grey Flannel Suit, Cape Fear, The Omen and Old Gringo.

Tweeds feature heavily throughout Peck’s family photographs and were very much part of his off camera signature style.Featuring in a range of exclusive Huntsman House Tweeds from 1962, this coat was  commissioned by Gregory Peck for a classic huntsman sports coat in an exclusive cloth.