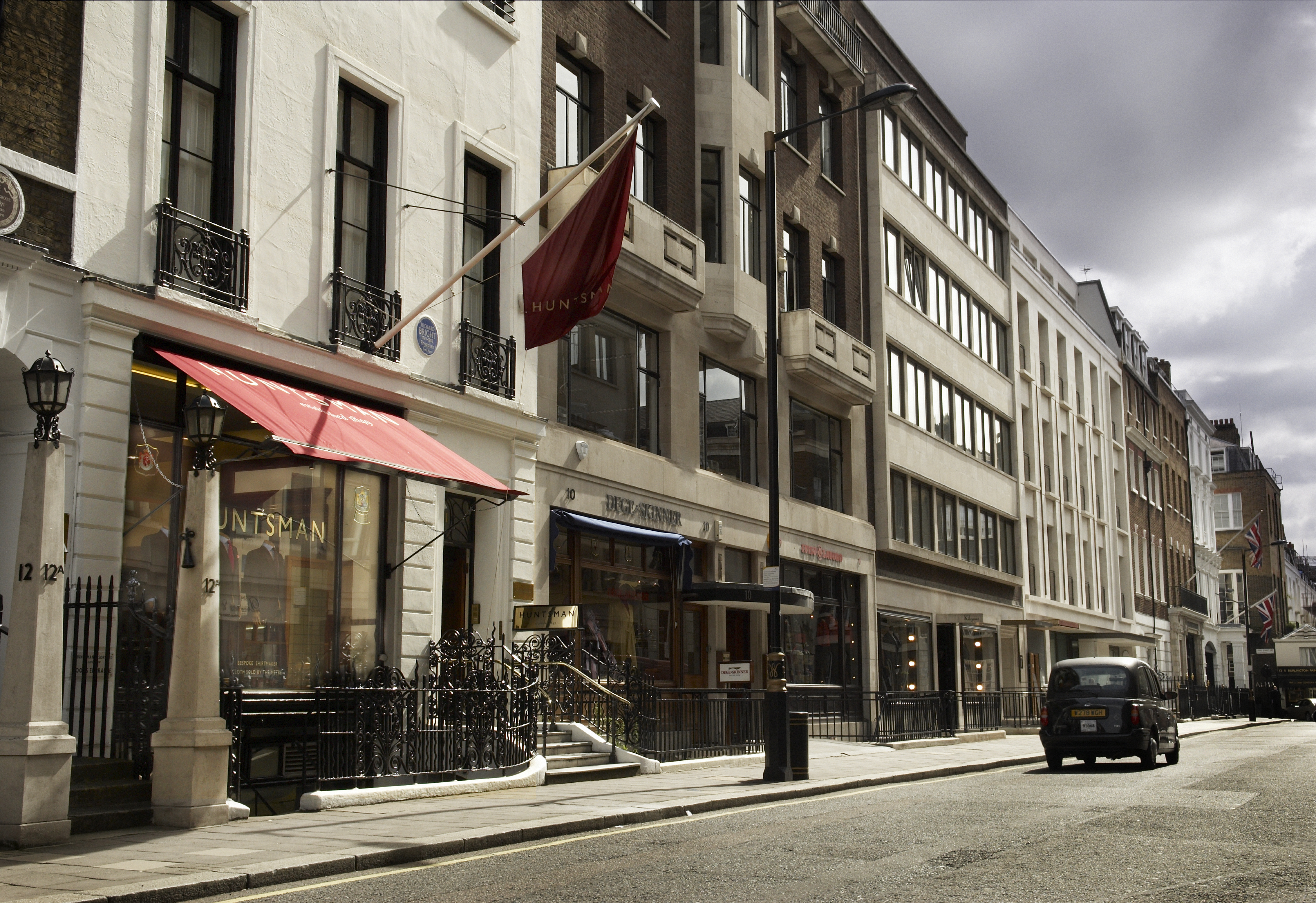 Over the course of 2018, Huntsman will release monthly style guides in conjunction with Country Life, detailing the proper way to dress; from lapels on a dinner jacket, to the sleeves on an overcoat, from the essential components of a shooting outfit, to whether a business suit should be double or single breasted – Huntsman’s experts will impart their sartorial knowledge, in the ultimate guide on what to wear.

The first of the guides will focus on Black tie, the gold standard in formal dressing. Huntsman’s Creative Director Campbell Carey explains how to stand out in your dinner suit, for the right reasons. Why is it called ‘Black Tie’?

Because, literally, you literally wear a black bow tie – and traditionally a black coat.

As for the alternative, ‘tuxedo’? That’s believed to have started in the late 19th century when an American, James Potter-Brown, attended a soiree in the where he spotted the then Prince of Wales (later Edward VII) wearing a tail-less evening coat, shaped like a smoking jacket, which he favoured for less formal occasions at his Sandringham Estate. Potter-Brown asked after the Prince’s tailor – Henry Poole – where he promptly had made a similar garment, which caught on at his local haunt, the  Tuxedo Club in Tuxedo Park.

The lapels and buttons for your dinner jacket

A traditional dinner jacket has either peak lapels or shawl lapels, though more modern cuts might now use notch lapels.Whatever the shape, they are finished in silk and colour-matched to the coat, with the buttons having the same silk covering.
One last lapel-related matter: the buttonhole must be a real hole, in order to accommodate a flower.

Both styles of coat are perfectly acceptable, but since waistcoats need not be worn with a double-breasted jacket they are marginally less formal.

Getting the right shirt

Your shirt, to paraphrase Henry Ford, can be any colour you like, so long as its white – save your flourishes of colour for your silk scarf or pocket square. (Then again, all rules are made to be broken. Just don’t say you weren’t warned.) In terms of the material, though, always go for a Marcella cotton, whose natural texture will really add to the contrast between black and white. Black is best, in almost all cases. But a very dark midnight blue can work as well, and in some lights can actually appear just as black (and sometimes blacker) than a ‘true’ black. If you’re feeling brave, you might just pull off the James Bond look – white coat, black trousers – particularly in warmer climates. But avoid all-white at all costs.

Go for a relatively lightweight cloth – 250g – as even in winter the venue will probably be both heated and full of your fellow revellers.

Brace tops, without turn-ups, and the seam finish on the trousers should always be in the same silk used on the lapels.