Finn John Munkenbeck began his sartorial journey with Huntsman early in 2016. First, as an intern with the firm working with members of the marketing and management team, and eventually with Ralph Fitzgerald, who was at that time Campbell Carey’s Undercutter. 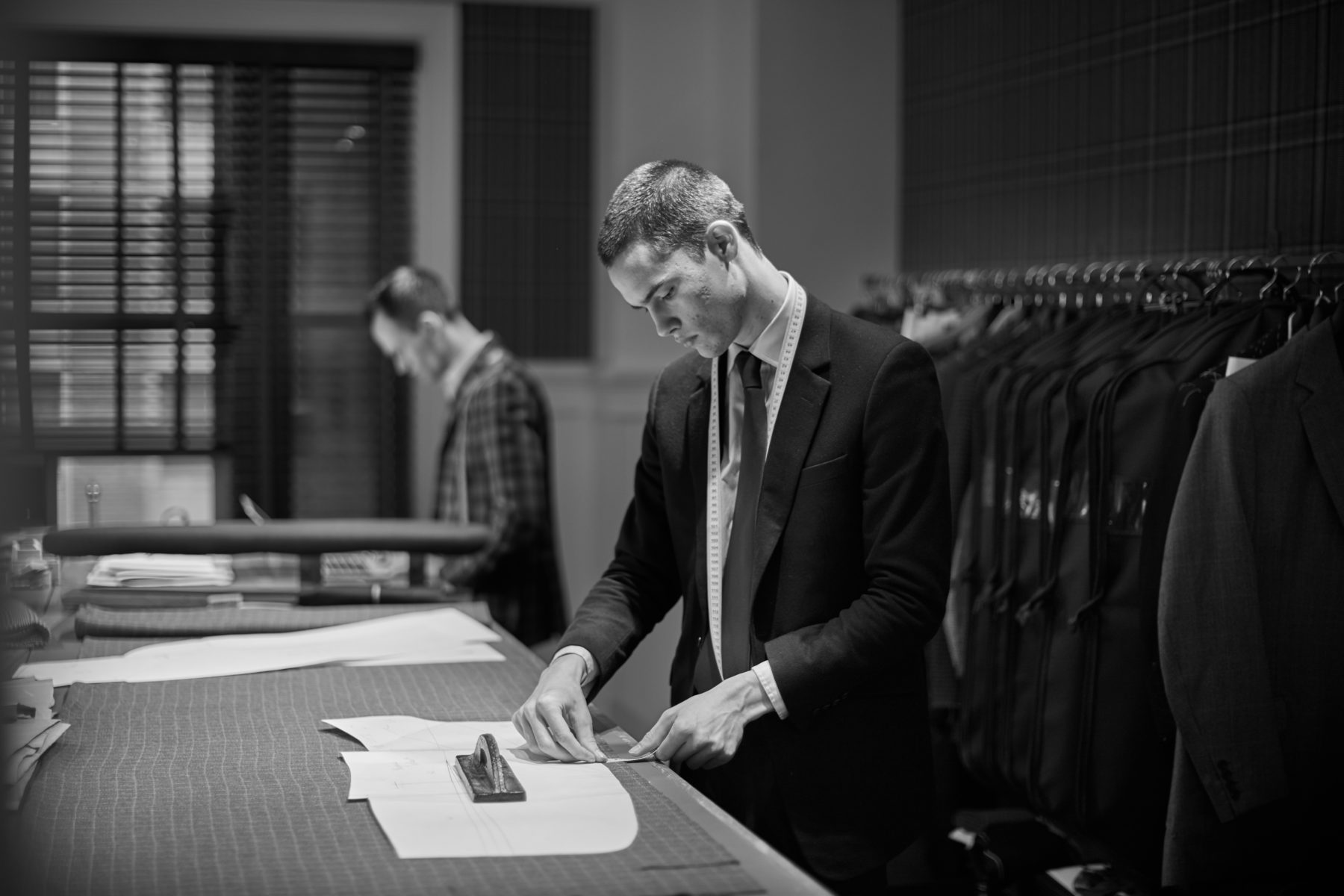 Finn first joined Huntsman in the official capacity as a member of the marketing team, however quickly displayed a keen interest in drafting, cutting, and sewing. Seeing his potential as a Cutter, Ralph Fitzgerald made Finn an introduction to Shane Airoll, Huntsman’s most renowned, accomplished, and respected trousers maker. Shane took Finn under his wing, and for nearly a year, he was a student of the master, absorbing every fundamental skill and nuance related to the making of Huntsman bespoke trousers.

In August of 2019 Finn, who holds a dual UK and US citizenship, joined Ralph in NY as a U.S. Undercutter, and he has been an integral and invaluable part of the Huntsman W57th team ever since. As he has taken on greater responsibilities as Ralph’s right-hand man, and enjoyed increased interaction with measuring and fitting clients, he is now poised to take on his next challenge as Huntsman’s ‘Cutter In Residence’ for our upcoming trunk shows in Washington D.C. and Boston.