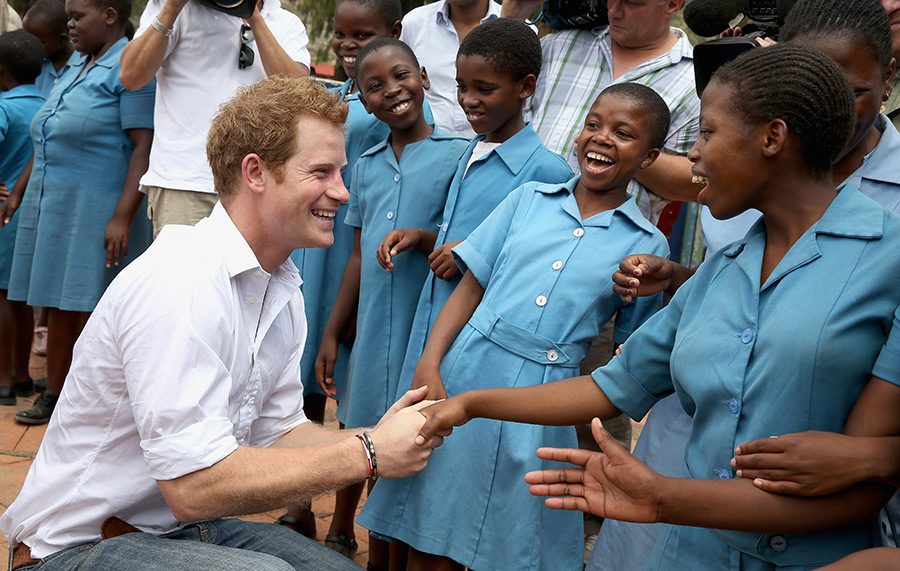 Prince Harry will line up the for Sentebale Huntsman team in the Sentebale Polo Cup at Ghantoot Racing & Polo Club in the United Arab Emirates on Thursday 20th November.
Huntsman has sponsored the Sentebale Huntsman polo team. Sentebale is a charity, founded by Prince Harry and Prince Seeiso to help vulnerable children in Lesotho in Southern Africa, and Huntsman, the iconic Savile Row tailor which has made bespoke riding gear and suits for many of the leading figures over the last centuries including Winston Churchill, Gregory Peck, Ronald Reagan and Paul Newman.

The Sentebale Huntsman team will be wearing a new polo range made by the tailor, which dressed its first polo team at the Land Rover International Polo Tournament at Sotogrande in Spain earlier this year.

Roubi L’Roubi, Creative Director at Huntsman, said: “We are immensely proud of our equestrian sporting heritage and we are delighted to be part of the Sentebale Polo Cup. We are also delighted to be supporting the work that Sentebale does with some of the most disadvantaged children in the world. Having grown up myself in Africa I am particularly moved by their work.”

“I very much hope that the new Huntsman kit will bring good luck to Prince Harry and the Sentebale Huntsman team. The last team we dressed won three tournaments at Sotogrande over the summer, a prowess that had never been made before, so they have a lot to live up to!”
“One interesting historical fact is that Queen Victoria, Prince Harry’s great-great-great grandmother, gave Huntsman one of its first royal appointments in 1888. The house produced equestrian clothing for three generations of the Royal Family.”

The Sentebale Polo Cup was Prince Harry’s brainchild back in 2010. Now in its fifth year, the annual event raises money and awareness of Sentebale’s work in providing healthcare and education to vulnerable children in Lesotho in southern Africa, many of whom are victims of extreme poverty and the country’s HIV/AIDS epidemic.