After a successful day in the field, you deserve a successful supper! Huntsman Owner Pierre Lagrange caught up with Talking Game magazine, on his favorite shooting experiences, and the dishes that accompany them!

Talking Game is dedicated to encouraging all, but especially those within the shooting fraternity, to eat more game in order to assist the continued viability and health of shooting in the UK. The publication features must have recipes from the countries finest shoots and chefs!

Huntsman clients can enjoy a 25% discount on their issue of Talking Game by using voucher code TGHUNT at www.talkinggame.co.uk 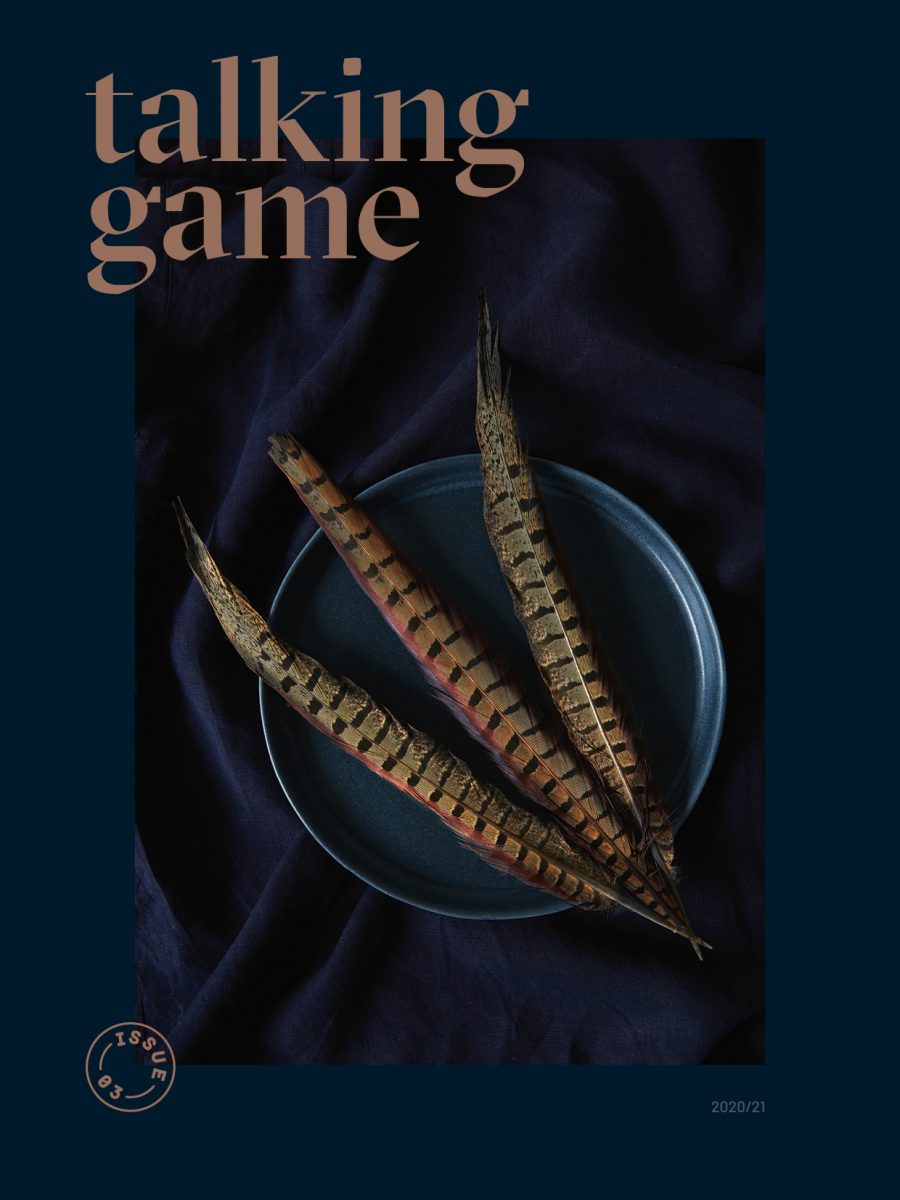 Before acquiring Huntsman in 2014, Pierre co-founded GLG Partners, acquired by Man Group in 2010, and sat on Man Group executive committee. Before founding GLG, Pierre worked at Goldman Sachs from 1990, where he managed global equity portfolios. He started his career in finance at JP Morgan, where from 1985 he worked in government bond sales and trading. Pierre holds an MA in Engineering from Solvay Business School in Brussels. Pierre has regularly invested in movie productions, executive producer of Kickass and Hollywood blockbusters Kingsman: The Secret Service and the sequel, Kingsman: The Golden Circle. Father of four, Pierre lives with his husband Ebs Burnough between Monaco, London, Hampshire and New York.

What’s the best – and worst – game dish you’ve ever eaten?

The best is at my first wedding, we served the traditional Belgian “Faisan a la brabanconne”. The bitterness of the endive, together with a beer, shallots and butter sauce and speck, great taste. To make the pheasant meat tender, you actually cook it in beer!

I’ll skip a bad one for a second traditional Belgian dish, The Waterzooi of Pheasant. Think of a pheasant chowder, easy to do and really tasty, make it with red potatoes, it looks good in the creamy broth.

No, will eat any, but my least favourite is the pigeon when cooked too rare.

Very difficult question. It would have to be Ventosilla or Melonares. I’d eventually choose Melonares, because it is a stone’s throw from Sevilla, and you can shoot in late March too. The trophy collection has to be one of the best in the world.

Very difficult question. It would have to be Ventosilla or Melonares. I’d eventually choose Melonares, because it is a stone’s throw from Sevilla, and you can shoot in late March too. The trophy collection has to be one of the best in the world.

Your favourite chef that cooks game?

Who, in your opinion, goes out of their way to promote the eating of game?

Mark Hix, the game offering in some of his restaurants is great to see.

Tell us about your most memorable – not necessarily the best – day’s shooting.

Porridge at 4.30am, then full camo for sitting invisibly in butts, waiting for the whistle and attempting to shoot wild geese till sunrise. Then maybe a woodcock or two before lunch, a nap and back again to the butts for evening flighting. Those geese see you at 300 yards and you can only aim at them from 30ish yards really. These were the most memorable days, at Balfour Castle in the Orkneys, an unforgettable experience. The castle has been beautifully restored, with a great wine cellar! The journey also adds to the excitement, as you have to choose your time between the tides to cross the treacherous strait to the mainland!

You are given a day’s shooting absolutely anywhere in the world, all expenses paid for you and seven guests. Where would you choose, with whom, and what would you eat and drink for lunch and dinner?

Between my husband and my three sons, that is nearly a full line of pegs, so adding a few best friends, I’d be really keen to get on the Rovos Hunting Train in South Africa where you stay on board for a week and move from shoot to shoot. We’d ship a case of Perrier Jouet Belle Epoque for elevenses, a cask of The Balvenie for sunset drinks on the viewing platform, and sample the best local wines, as I realise I don’t know enough about my South African wines!

To what lengths should shoots (and guns) go to ensure as much shot game as possible enters the food chain?

I make a point of serving game, sometimes even rabbit to guests at shooting weekends. It has to start there. //