Huntsman’s US Director, Ed Turco shares his letter from confinement. 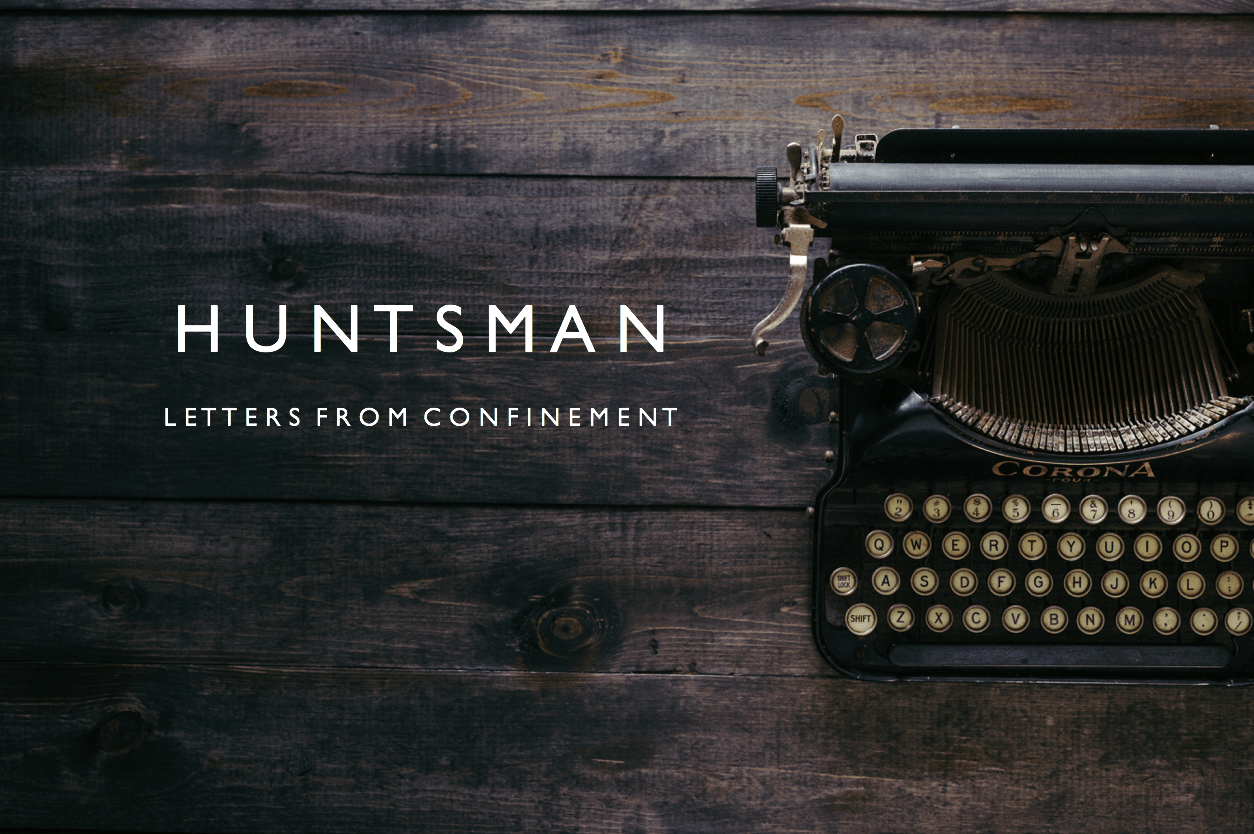 Today was no ordinary St. Patrick’s Day in NY. No parade, no traffic-NO PEOPLE. The streets were empty, like the perspective from Gregory Peck’s periscope in “On the Beach”. Driving home this evening to NJ from W 57th St. I was struck by the eerie fact that mine was absolutely the only car in the Lincoln Tunnel. I still have vivid memories of driving through our tunnel for about 60 of my almost 67 years on Planet Earth, and this was the only time I can ever remember being totally alone. It was a very strange feeling, indeed. I recall a game I played with myself as a child whenever we were in the tunnel-holding my breath for as long as possible (like some sort of a vehicular deep-sea diver) with the objective of making it all the way through on just one. I think the best I ever did was three full “inter-state” breaths, after which my lungs were burning and I was gasping for air. I wouldn’t dare try that again today.

I suppose we really don’t know what lies ahead regarding this virus. But whatever may be in store for us, having seen all those folks coughing and wheezing on NJ Transit last week, I do think we may possibly be hunkered down at home for at least a few weeks.

We haven’t seen a fraction of the human devastation we witnessed on “The Day the Earth Stood Still” (September 11, 2001), and hopefully we won’t in the days and weeks to come (that’s certainly not very likely, is it?), but while the two days cannot be compared in their absolute solemnity, there does seem to be a similar sad aura of apprehension and fear of the absolute unknown.

Very late the night before “9/11” I serendipitously canceled an 8:00 am breakfast meeting that I had previously scheduled at The World Trade Center. If I hadn’t done that, I probably would not be here today writing this letter today (fortuitously, my colleague who was coming into NYC from Jersey City on the PATH read my email and listened to my voice message just prior to leaving home!). That night in Chappaqua I hurriedly packed a small travel bag (along with $10,000 that I had withdrawn from Chase that afternoon-what was I thinking?) before making my way to you in NJ.  Approaching the Tappan Zee Bridge I could already see the horrific glow of that God-awful fireball raging just 34 short miles to the south. That site defied all description as it was beyond anything in anyone’s experiential vocabulary. I remember silently reciting the Dylan Thomas poem “Do Not Go Gentle Into That Goodnight” over and over and over again during that long journey. The mantra provided little solace at the time but more than a glimmer of hope that we would somehow, someday all be OK…and eventually, we were.

I must have recited that same poem 100 times on my way home tonight. When I saw Julia, Alex and Haley, I exhaled with relief like it was that last breath I had held in the Lincoln Tunnel so many years ago.

Feeling Inspired by Ed’s letter? Submit your own here for your chance to win!

BACK TO TOP
PREVIOUS STORY
NEXT STORY
1
1
ABOUT US
Locations
Company
Huntsman Newsletter
Design by Deep.
Copyright © 2023 Huntsman & Sons.